Overview What’s New? Signals of Change Fast Forward to 2025 What Might This Mean for Business in the Coming Years? What Is the Role of Sustainability? See All Emerging Issues 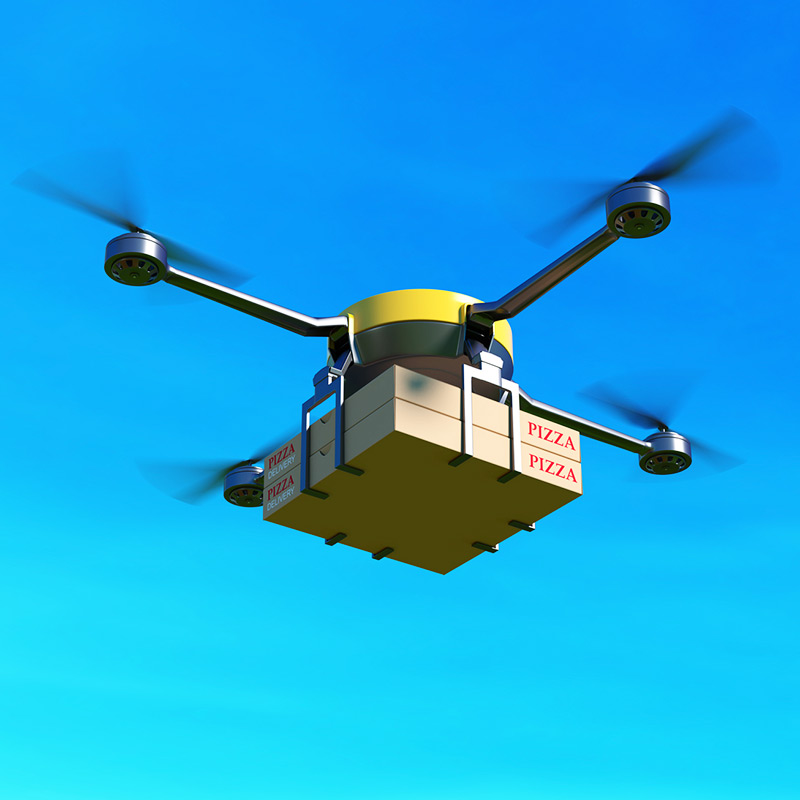 Is this the moment the robots have been waiting for? COVID-19 is accelerating automation across manufacturing, retail, logistics, and hospitality—driven by concerns about business continuity, requirements for social distancing, and corporate restructuring due to the global economic recession. This confluence of factors could create a tipping point in the replacement of human labor by machines.

Automation in one form or another has been with us since the dawn of the Industrial Revolution. In recent years, advances in robotics and artificial intelligence have made it possible to automate much broader domains of human activity. The COVID-19 crisis is now turbocharging this trend and mainstreaming what were previously nascent possibilities.

Due to COVID-19, new experiments are underway to use autonomous vehicles and drones to deliver food, medicine, and other essential goods. Interest in cashier-less retail and self-service restaurants is spreading as consumers look for ways to reduce exposure risks. Manufacturing companies are accelerating plans to automate more steps in the production process and exploring options to reshore or nearshore operations in response to COVID-related supply chain disruptions.

Finally, the unfolding economic crisis will create its own impetus for automation. As the Brookings Institution observes, “automation happens in bursts, concentrated especially in bad times such as in the wake of economic shocks, when humans become relatively more expensive as firms’ revenues rapidly decline. At these moments, employers shed less-skilled workers and replace them with technology and higher-skilled workers.” Restrictions on migrant labor caused by the COVID-19 crisis will also accelerate automation. Taken together, these developments hold the possibility of catapulting us much more quickly than anticipated into an automated future.

41 percent of bosses in 45 countries surveyed by EY said they were investing in accelerating automation to prepare for a post-coronavirus world.

Year-to-date funding of start-ups in the farm robotics and automation sector, including vertical and indoor farms, has jumped 40 percent.

Companies involved in the autonomous delivery of goods and food have received over US$6 billion in investments this year according to a Reuters analysis.

First, we didn’t have to walk over to the bins anymore, they came to us. Then we didn’t even have to think about where the item was–the bin lit up for you. All human mental activity was slowly removed from the process. Robots were my boss long before they replaced me...

First, we didn’t have to walk over to the bins anymore, they came to us. Then we didn’t even have to think about where the item was–the bin lit up for you. All human mental activity was slowly removed from the process. Robots were my boss long before they replaced me. The algorithms intensified the work by writing out any ‘inefficiencies’—like a 30 second break between picks. Those who couldn’t keep up got the boot. It was exhausting: constantly competing against your coworkers and yourself in gamified system that kept levelling up. It was clear we were the last human cog in what would soon be a fully robotic system.

I signed up for reskilling program in 2022. It was a public-private partnership program aimed at high-potential workers. It’s not like I suddenly became a coder overnight. Instead, I was just taught how to better work alongside machines, not necessarily controlling, designing, or fixing them. My original job as a picker no longer exists since they perfected a robotic picking arm.

I guess I am lucky that I was one of the few who got reskilled. I’ve been in my new role as a picking system supervisor for two and half years now. I attend regular trainings to keep up with the new systems and again feel like I’m in a never-ending video game with new machines at every level. I can see more changes coming. Robots don’t get sick: they don’t slip a disk, suffer fatigue, depression, or any other mental health issues, so it’s only a matter of time before they optimize us humans entirely out of process.

Businesses in numerous sectors and industries can expect their timetable for automation to accelerate. This includes manufacturing, logistics, retail, food and agriculture, and hospitality. As companies automate, they’ll need a strongly coordinated information technology and human resources strategy to ensure that they are deploying and redeploying talent optimally and undertaking automation in an ethical fashion.

Automation may also enable new supply chain strategies. Eager to avoid supply chain disruptions from COVID-19, geopolitical tensions, and climate change, businesses are exploring options to diversify and/or reconfigure supply chains. Automation could undercut the advantage that countries with cheap labor pools have enjoyed and reconfigure the cost calculus. This doesn’t necessarily mean reshoring production, however. It may be the low-cost manufacturers that automate first.

At the same time, business needs to be ready to play a significantly expanded role working with government to design and implement new social safety nets and effective retraining programs to address what might be very large scale disruptions to workforces that—if unaddressed—could negatively impact not only company reputation, but even the social/political stability needed to secure future markets.

Lastly, the role of mental health and well-being will feature more prominently in the workplace as changing technology and increased automation lead to more frequent job changes and workers are required to update and change their skills at an ever-increasing pace. As such, business will need to focus human resources and workplace policies, such as health benefits, to address the increased need to better support employee well-being.

Widespread automation across many industries simultaneously has the potential to spark significant job losses, with an outsized impact on low wage workers and historically disadvantaged groups that further exacerbates income and wealth inequality. Intentional plans for upskilling and reskilling workers as a part of workforce transitions is a key step. Companies also urgently need to increase attention, commitments, and investments to ensure the response meets the enormity of the challenge, especially on a newly accelerated timeline. Since technologies and circumstances will continue to evolve rapidly, workforce transition strategies must be flexible and capable of recognizing and responding to quickly changing contexts.

As adoption of automation quickens, the parallel trend of upskilling and reskilling workers is happening alongside it. This isn’t because “it’s the right thing to do” but rather because there is a clear ROI for it. Existing workers hold institutional knowledge and already understand things like an organization’s values and security protocols. While we debate how many workers will be displaced by automation and when that future of work will arrive, it’s encouraging that smart companies are optimizing their workforces in tandem with streamlining their processes with automation. It’s really the only formula that gets you to the flexibility and responsiveness needed for this new, unpredictable world.

If handled exceptionally well, upskilling in tandem with automation innovations could offer an opportunity for today’s lower-wage workers to move into higher-skilled roles. To achieve this, workforce transition plans must be intentional, inclusive, and equitable. Companies can use disaggregated workforce data to understand the unique experience and needs of various groups within their workforce (e.g. women, BIPOC, young and elderly, persons with disabilities, etc.) and ensure changes and reskilling decisions take these into account.

Given the vastness of the challenge and number of jobs at stake, workforce transition plans must also consider the potential transition of workers beyond company walls to new and other companies, industries, and sectors. As such, a systemic approach—one that engages business, government, and civil society—will be needed. Partnerships to assess societal skills gaps and invest in educational programs that build in-demand skills can help respond to immediate challenges, by leveraging periods of unemployment to provide upskilling for workers to return to higher-skilled, higher-paid work opportunities and ensure a skilled workforce for the future.

Improved social safety nets will be critical to managing workforce transition periods. More sufficient and broadly accessible unemployment insurance will ensure greater economic stability during transitional unemployment. Given the scale of the challenge, other bold new social contract experiments such as universal basic income or a Green New Deal must be explored as well. Navigating this will require a high degree of stakeholder engagement and require a coordinated approach among the sustainability, human resources, and government relations teams.

Next issue:
The Virtual Becomes Reality