The growing impacts of climate change pose urgent material risks to businesses, threatening operations and value chains, and jeopardizing the ability to achieve market objectives. In addition, stakeholders have increased expectations for businesses to measure, manage and disclose exposure to climate risks.

And yet, very few companies are managing climate risks effectively; most lack risk management frameworks, tools, and other resources that have a climate-specific lens. If unprepared, business functions may struggle to adapt and adequately cope with climate impacts.

A preemptive approach to building climate resilience can create internal capacity to withstand these risks and unlock climate-related opportunities.

BSR, in collaboration with a group of companies, has developed innovative approaches and methodologies to support business action in managing climate risks. These materials support companies through the steps of building climate resilience, a process that allows business to incorporate climate risk management in existing systems and across business functions. BSR’s proposed process for corporations to manage climate risks, and associated supporting materials, can be found below.

How We Can Help

The six-step process below should be repeated on a regular (e.g., annual) basis to consider any changing risks, learnings, and developments.

The process of setting a climate risk management strategy is key to initiating internal conversations and engaging stakeholders across business functions. The strategy-setting exercise should be framed around external trends and the level of risk a business is able to accept to create value. A climate scenario analysis can serve as a first step to initiate strategic conversations.

The responsibility of building and maintaining climate resilience is shared across the business, including boards, management, and functional teams. A corporate culture that recognizes the cascading impacts associated with climate-related risks is needed to implement an effective response to those risks. The Climate Risk Integration Framework shares a perspective on best practice board-level and management-level climate governance as well as the key functions to leverage.

Risk assessments to identify and prioritize climate risks are the first step in a company’s journey to better understand and manager its climate risks. The Climate Risk Integration Framework guides companies through the process of identifying, assessing, and prioritizing climate risks, and integrating that process into existing risk management systems. Integrating climate elements into existing assessment and management processes brings these issues in the mainstream, improves resource deployment, and enhances internal engagement. Many climate risks fall into conventional enterprise risk categories, introducing an additional variable or ‘climate multiplier’ to an existing risk, affecting its impact or likelihood of materializing. Others are independent and need to be added as discrete risks.

Through an iterative monitoring and review process, businesses should determine the effectiveness of response actions in building resilience and reducing their exposure to climate shocks. The Reslience Metrics Framework and Index supports companies in developing customized and robust metrics to measure resilience outcomes. Based on such measurement, they should consider any needed revisions to the risk mitigation response.

ESG disclosure will be mandated across various jurisdictions. Multiple disclosure standards are adopting a ‘climate first’ approach and will draw heavily from the recommendations developed by the Taskforce from Climate-related Financial Disclosure (TCFD), the most broadly recognized guidance to communicate climate-related risks to investors and other stakeholders. Understanding climate risks will be necessary to prepare for upcoming regulations that will require companies to report on ESG.

Managing climate risks in a systematic way is fundamental to ensuring business continuity, and can unlock climate-related opportunities, including resource efficiencies, development of innovative products & services, and strengthened community resilience. By managing evolving climate risks, companies will be better prepared to maintain sustainable operations in a changing and unpredictable environment. Businesses are recognizing that climate shocks have the potential to impact business performance and must be prioritized along with other financially material risks.

“Climate change affects us all and is one of the greatest challenges that humankind will face in the future. Bayer considers climate protection and the related reduction of greenhouse gas emissions to be a top priority. We participated in the Value Chain Risk to Resilience working group of the international Business for Social Responsibility network. Through dialogue in this forum, we improved our own analyses and the identification of regulatory and physical climate risks and climate resilience measures throughout companies' supply chains. The exchange with the other member and peer companies is of great importance as climate change impacts will be felt across value chains. We will continue to build up of the work of the working group to detail out our scenarios, understand impacts and set strategies.”
—Nicolas Schweigert, Bayer AG

The climate risk management resources featured on this page were co-created with members of BSR’s Value Chain Risk to Resilience collaborative initiative. Value Chain Risk to Resilience was established to increase the ability of companies to diagnose physical climate risks and implement climate resilience measures throughout their value chains, to deliver both business and broader societal value. The group decided to open-soruce these materials to promote business action on resilience, with a vision towards company value chains and communities that sustain each other and trive in the face of climate change. 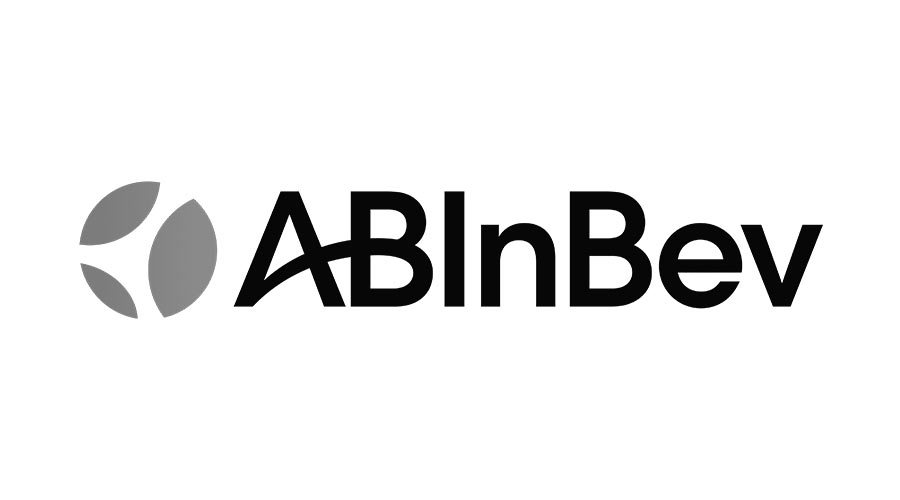 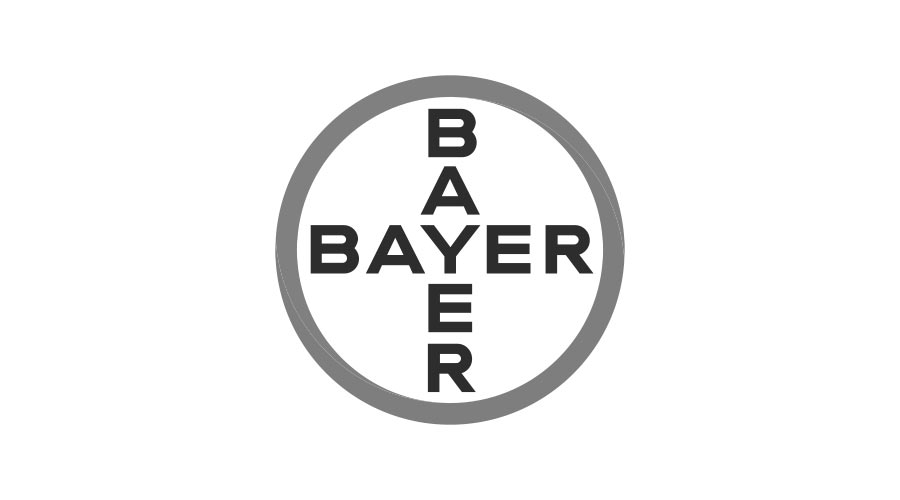 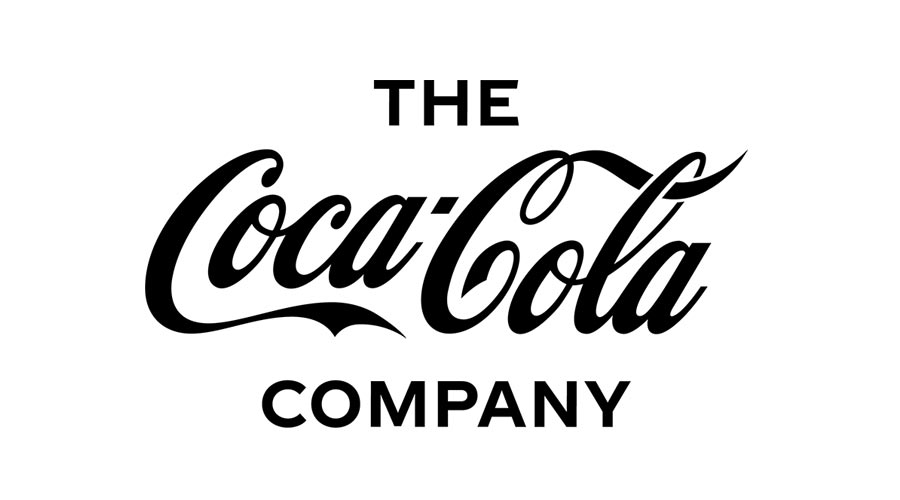 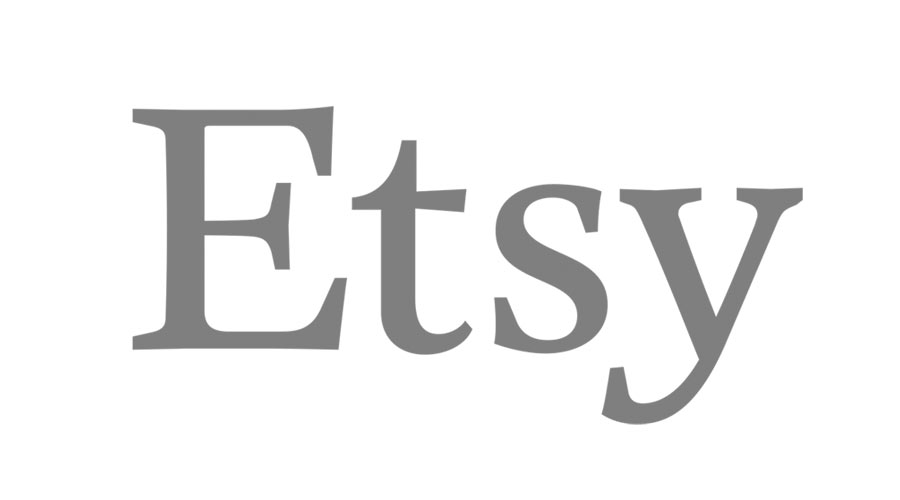 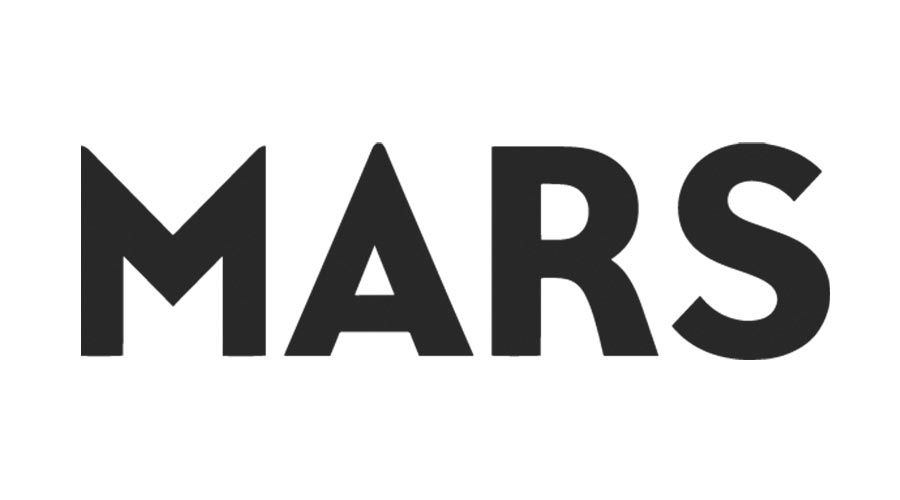 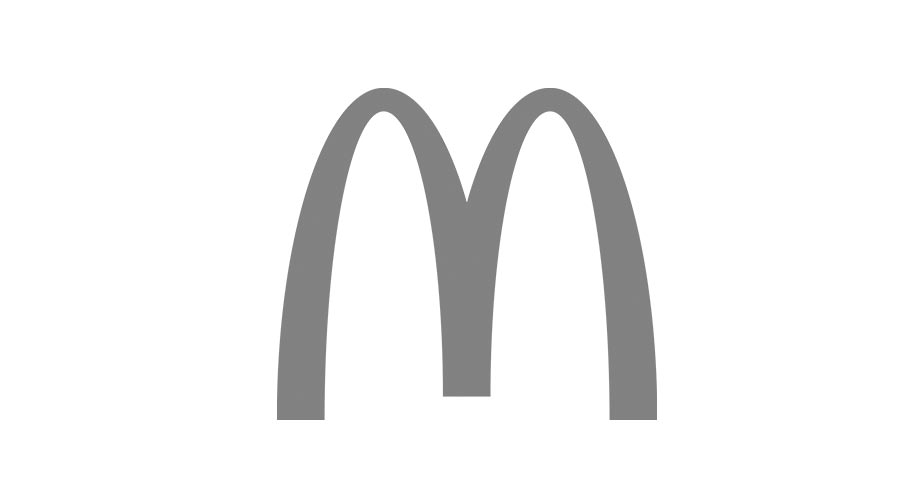 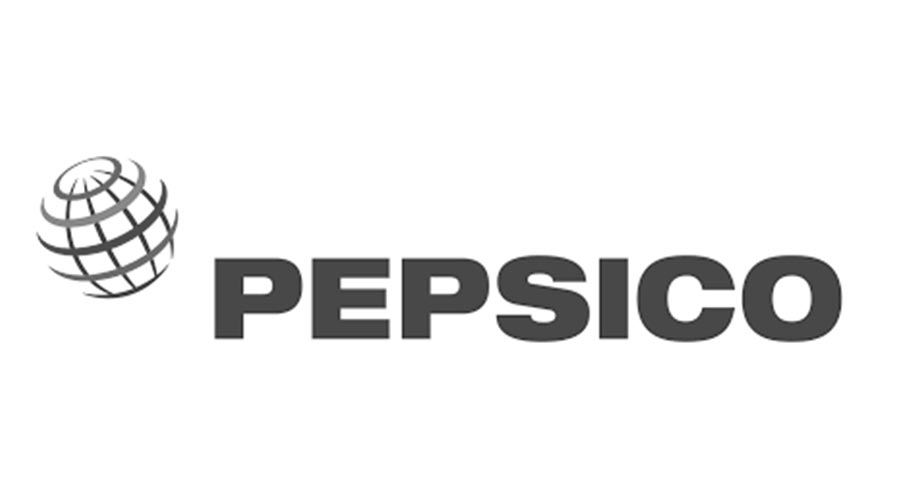 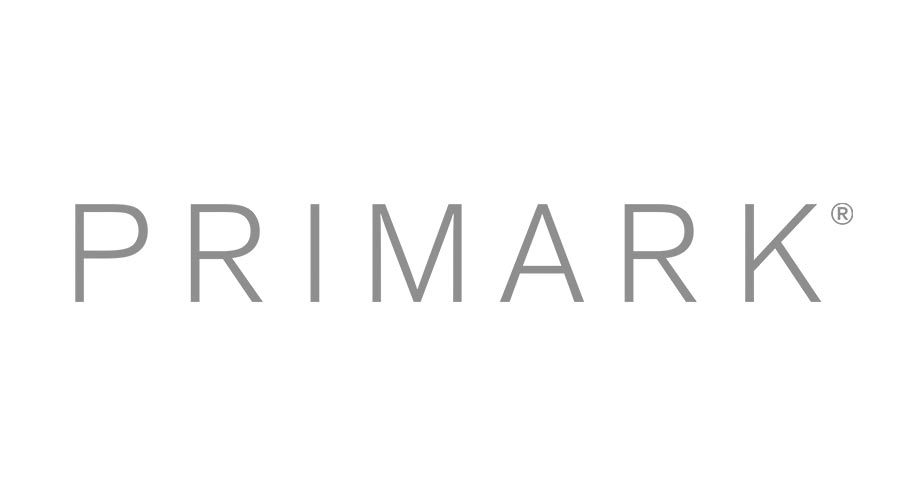 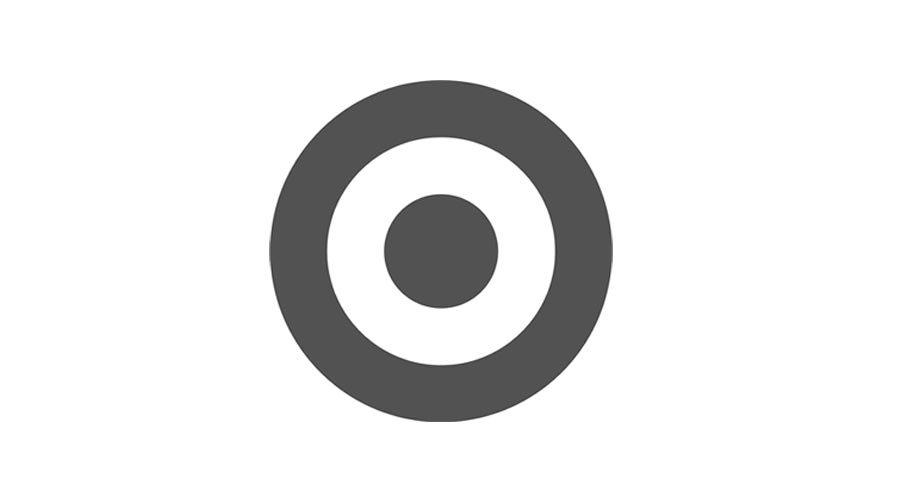 Depth of Experience and Knowledge

Our Focus Area team consists of global experts across multiple focus areas, bringing a depth of experience and knowledge to integrating focus areas and sustainability strategies. 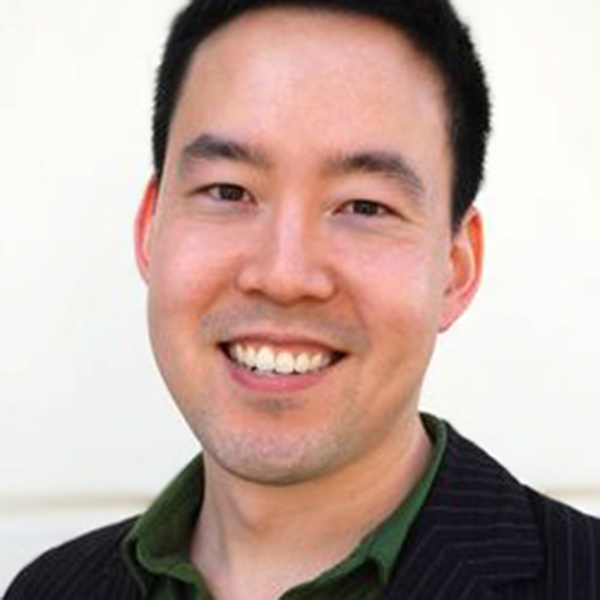 He strives to maximize the impact of our applied research, collaborative initiatives, and work with individual companies. This often means innovating how companies align with the Paris Agreement and implement the recommendations of the Task Force on Climate-related Financial Disclosures (TCFD).

Before joining BSR, David was a climate diplomat for the Marshall Islands with the advisory group Independent Diplomat. In this role, he led on emissions reductions and transparency in the UN climate negotiations for the Alliance of Small Island States. As an international lawyer with the Foundation for International Environmental Law and Development, David built up the environmental treaty expertise of governments across the globe. He began his career as a securities litigator with Fried Frank in New York and as a commercial litigator with Cassels Brock in Toronto before focusing on climate change.

He has two daughters likely to see warming at the end of the century firsthand, and he lives with them and his wife in New York City. 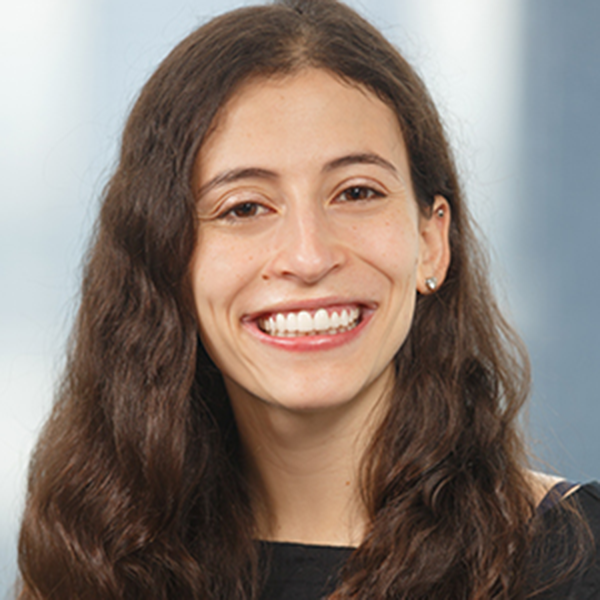 Ricki supports BSR’s work across various industries, including food, beverage, and agriculture, consumer products, healthcare, and information and communications technology. She focuses on design and implementation of sustainability strategies, including materiality, governance, stakeholder engagement, and reporting.

Prior to joining BSR, Ricki worked at ZS Associates, a strategy consulting firm, where she advised healthcare companies on their growth marketing strategies. This work entailed designing and executing all stages of market research and then analyzing and synthesizing research results to draw business insights and develop corporate strategies.

Ricki holds a B.S. in Development Sociology from Cornell University. 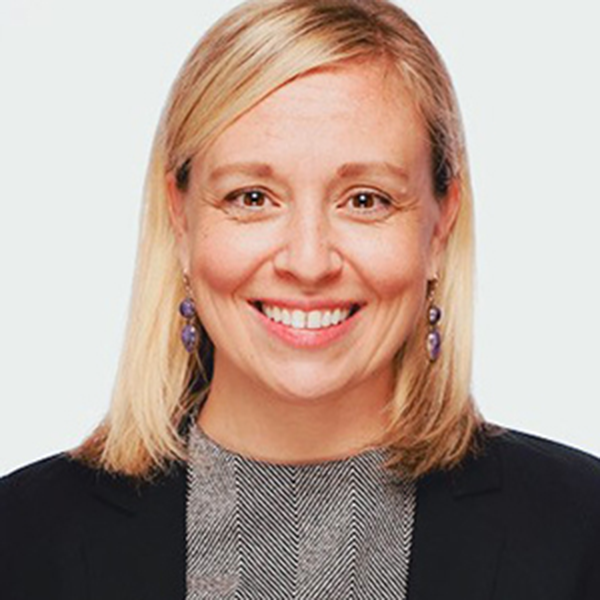 With nearly 20 years of experience, Eileen works with multinational companies to address climate change. She specializes in improving business strategy to consider how climate change and its solutions affect society, the environment, and the economy.

Prior to joining BSR in 2017, Eileen served as a sustainability consultant, supporting companies on sustainability strategy development, strategic stakeholder engagement, and environmental management. While working at a public policy organization, she gained experience in international development, climate policy analysis, and effective communications. ​

Eileen holds a Master of Environmental Management from Duke University and a Bachelor of Science in Business Administration from the University of Connecticut. ​ 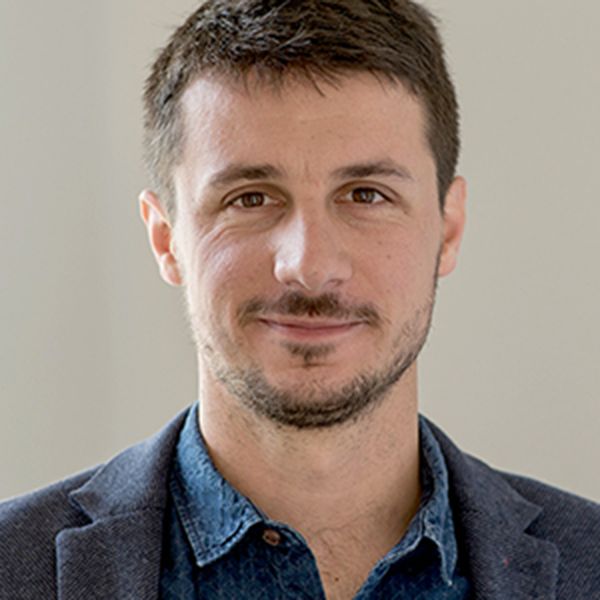 Prior to joining BSR, Giulio worked for climate change consulting firm EcoAct in both France and Kenya. His work focused on climate targets, carbon neutrality, and project implementation, as well climate risk assessments. He speaks English, French, Italian, and Spanish.

Giulio holds an M.S. in Sustainability from HEC Paris School of Management. He also holds a double degree M.S. in Management and Industrial Engineering and a double degree B.S. in Technology and International Business from Politecnico di Torino and UIC Barcelona 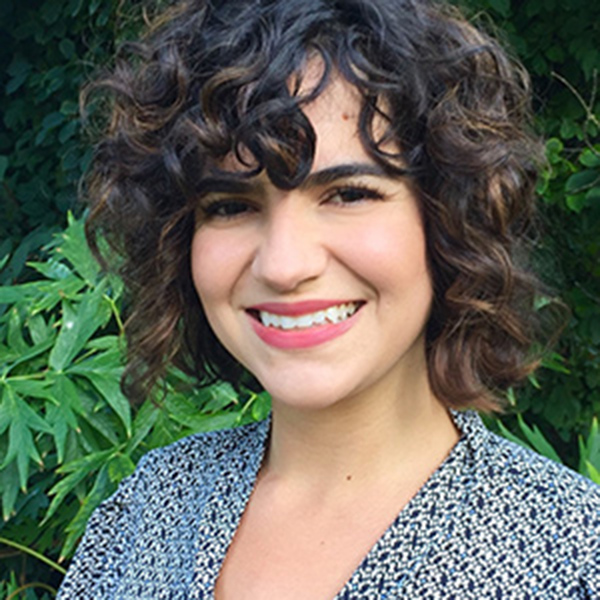 Maria works with companies on sustainability strategy, climate change, and supply chain sustainability. She is also part of the Future of Reporting and Transform to Net Zero collaborative initiatives.

Prior to joining BSR, Maria worked at the World Wildlife Fund on food sustainability and environmental conservation topics. There, she was part of projects that aimed to eliminate deforestation from beef and soy supply chains by working with international retailers and suppliers. Maria also worked at the UN Global Compact on science-based target setting and sustainability reporting.

Maria holds an MBA and M.Sc. in Environmental Change and Management from the University of Oxford and a B.Sc. in Biology from Universidad San Francisco de Quito. She speaks English and Spanish. 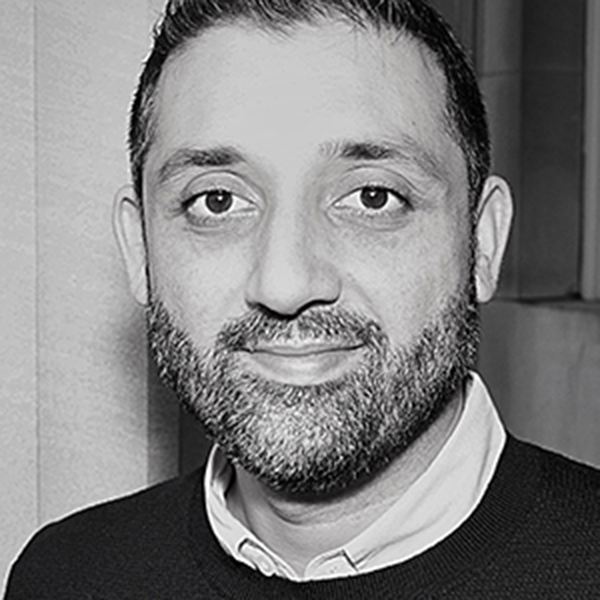 Ameer leads BSR’s climate work in the US and works closely with BSR’s financial services practice. Ameer helps BSR members develop strategies to implement the recommendations of the Task Force on Climate-Related Financial Disclosures (TCFD) and enhance business resilience through climate scenario analysis and planning. He also contributes to collaborative initiatives at BSR and currently supports the Business Alliance to Scale Climate Solutions.

Prior to joining BSR, Ameer was the chief financial economist at Climate Advisers Trust and Orbitas, where he conducted research on climate scenario analysis and financial research for the agriculture, forestry, and other land use (AFOLU) sector and engaged institutional investors on deforestation risks in investment portfolios. Ameer also brings over a decade of capital markets experience at financial institutions like ABN Amro, Citi, and Barclays Bank.

Ameer holds a MS in Sustainability Management from Columbia University and a BA in Economics and Government from College of William and Mary.