Building an Inclusive Economy: A Conversation with Chris Jochnick

As part of BSR’s Business Leadership for an Inclusive Economy initiative, we are running an interview series with thought leaders from business, government, civil society, academia, and philanthropy. Their voices and perspectives will help deepen our conversation on how we can collectively build a more inclusive economy, as well as how business can most effectively contribute to that vision. This week, we are sharing the conversation we had with Chris Jochnick, former director of the private sector department at Oxfam America, and incoming CEO of Landesa, on expectations for business and the role of civil society in building a more inclusive economy.

Racheal Meiers: What does an inclusive economy look like?

Chris Jochnick: Most people living in poverty are excluded from formal markets—they don’t have access to basic services, legal rights, water, or 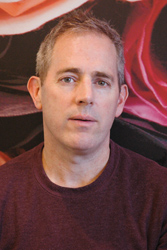 land. The system can be exploitative.

An inclusive economy ought to offer opportunities to all people, including more marginalized groups, to benefit from markets as workers, as community members, and as consumers, and to allow people some ability to shape the economic forces that affect them.

Oxfam looks at this issue through both the lens of power dynamics and material benefits, largely in that order. We are most concerned with people’s ability to shape markets, as a precursor to how they benefit from economic activity.

Meiers: What makes striving for more inclusion in the economy so important right now?

Jochnick: Inequality is a big part of it. People are not enjoying the fruits of economic development, and those left behind economically are increasingly locked out of local and national politics and becoming less able to change the systems that are creating injustice. Inequality is therefore both a product of an exclusive economy and also a driver of exclusion.

Meiers: So where does business fit in; what’s its responsibility in making our economy more inclusive?

Jochnick: First, businesses affect power dynamics in many ways that they're often not attuned to. They have much influence with their business partners, industry groups, governments, and consumers. Through their relationships and marketing they have the ability to shape debates about inequality on any number of issues.

Secondly, the way businesses structure their operations, and exert influence over their suppliers, can either empower or disempower workers.

Finally, the degree to which companies are open and transparent helps stakeholders like Oxfam hold them accountable to conditions in their business and across industries, which is critical to improving them.

A big challenge with realizing the positive potential of business is that it’s often difficult for companies to get outside of their comfort zones and start recognizing and accounting for themselves as not only economic actors within a narrow sphere, but as social and political actors.

Meiers: Do you have examples of companies seizing that role effectively?

Jochnick: For starters, making credible public commitments to certain values and standing behind them is important.  Companies have been willing to say, “We will respect the land rights of all communities including free, prior, and informed consent,” or, “We believe in the human right to water”—and those statements can change a dynamic or a conversation politically. But the commitment is not enough.  Many extractive industry companies have committed to revenue transparency—key to fighting corruption abroad—but only one was willing to support it politically in the U.S. via Dodd-Frank and many more have been fighting it aggressively.

Oxfam’s Behind the Brands campaign has pushed companies to make public commitments and to be more transparent about how they meet them.  The campaign aims to surface issues and  to help stakeholders connect the dots between companies, like Coke, Pepsi, Mars, and General Mills; traders; local intermediaries; and impacts on the ground. Getting that level of transparency in a supply chain can help local groups hold companies and suppliers more accountable.

Another example is in business operations and supply chains. We worked with farmworker groups and Costco to launch an innovative partnership, Equitable Food Initiative, with their growers, to empower farm workers both as stewards of food safety, and as stewards of their own labor rights.

I think companies recognize that their long-term survival and ability to flourish depend on more equitable and stable markets, societies, and supply chains. And they can’t get to that level of stability, without digging into tough issues involving the social fabric and local politics—Oxfam is eager to engage companies around those challenges.

Meiers: Going back to your point about businesses taking a stand publicly, how do civil society, government, and others create a more enabling environment to help companies do that?

Jochnick: It can be about both incentivizing them and about finding the right vehicle.

Companies are willing to commit to certain principles, but will often resist being public champions and are happy to hide behind their industry groups. NGOs should call out that discrepancy, and can help create progressive coalitions of companies—as alternatives to traditional industry groups. We’ve seen environmental advocates doing that and we’ve seen companies break from the Chamber of Commerce around climate change, for instance. Human rights and development groups have not done as much of that work.

Meiers: How is Oxfam helping companies rethink how they support economic inclusion?

Jochnick: Oxfam works with companies to encourage them to open up to the scrutiny of more “challenging” stakeholders, in a way that helps them learn and improve their practices. And sometimes, publishing egregious behavior is necessary to create a public discussion about problems and strengthen community voice. But even when targeting a company, Oxfam always seeks to talk to the company, and let them know why we’re doing it. We try not to just empower the stakeholders, but also to move the company along in a constructive way.

Oxfam’s poverty footprint tool relies on an intensive partnership with a company to research all the ways their business impacts poverty, examining issues like marginalization, gender, power dynamics, and worker rights. We publish a report, and organize stakeholder gatherings to discuss recommendations. It’s a tool that we are now trying to scale up through the UN Global Compact.

Oxfam also uses a model of bottom-up human rights impact assessments, working with community members to identify risks in large-scale investments and to frame them as human rights issues as a way of engaging companies on more equal footing.

Our Oxfam Innovation Lab is taking new approaches to working with companies to make products or services available in local markets, or to change market dynamics through impact investment. For example, working with small holder farmers, local groups and Swiss Re, Oxfam helped develop a micro-insurance product in Ethiopia, now expanding to Senegal. In Guatemala, Oxfam is working with women-led enterprises and a major bank as part of a larger effort to address systematic discrimination against women in the lending practices of the banking sector.

Meiers: How can BSR help Oxfam achieve more and activate the business sector in compelling ways?

Jochnick: BSR has a privileged position in many ways, because you are trusted by companies, and willing to challenge negative business practices. You are well positioned to broker the kind of difficult discussions that we’ve been talking about, to help catalyze strange-bedfellow collaborations, and to create platforms to help companies act as progressive political actors.

Because you’re a little closer to them, you can pose challenging questions to the companies in a way that they’re more likely to hear. You can hopefully help make the business case for why they need to think about social and political problems as a part of their bottom-line business imperatives.

Jochnick: That’s great, and I wouldn’t stop at climate change.

If a company is in a market where the government is unable or unwilling to address issues that cause instability, that creates so many risks for that company. How do you solve Bangladesh labor problems without an effective government? And how do you get an effective government if you don’t have a strong civil society?  How do companies help strengthen civil society without being accused of co-opting, corrupting, or buying them off? That’s tough, but BSR can help companies think through those issues.