Building an Inclusive Economy: A Conversation with Mai Oldgard of Telenor Group

As part of BSR’s Business Leadership for an Inclusive Economy initiative, we are running an interview series with thought leaders from business, government, civil society, academia, and philanthropy. Their voices and perspectives will help deepen our conversation on how we can build a more inclusive economy and how business can most effectively contribute to that vision. We spoke to Mai Oldgard, senior vice president and head of sustainability at Telenor Group, about increasing access to information and services and how communications networks can help potentially marginalized populations understand health, education, and more. 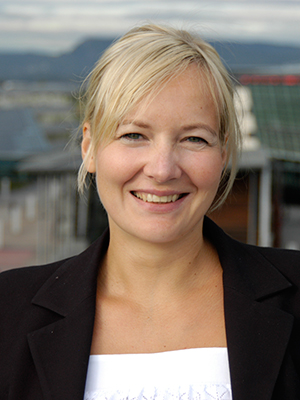 Aditi Mohapatra: What does it mean to be included in the economy?

Mai Oldgard: To be included in the economy means that essential services are available, irrespective of income or other potentially marginalizing factors. That could involve anything, from government to health to education to financial services. And, as part of that, businesses should work to adapt their products and services to all segments of the population.

Mohapatra: When thinking about what the economy looks like right now, and how different populations are being serviced, how is business incorporating those factors into planning?

Oldgard: I think it’s part of the core for a lot of businesses—it certainly is at Telenor. It is central to think of the whole population of customers and not just the few; we do that in all of our markets. It’s not just about adapting to circumstances at the bottom of the pyramid, but also thinking largely of the economy as a whole and reaching everyone.

Mohapatra: Do you think there is something about the current state of the economy, and the launch of the Sustainable Development Goals (SDGs) and other current events, that makes these issues particularly important?

Mohapatra: Given that Telenor’s operations are in so many different markets, how does your approach to promoting an inclusive economy differ among them?

Oldgard: The Telenor Group spans some of the most- and least-developed countries in the world—looking at the UN Human Development Index and Transparency International’s Corruption Perceptions Index, we are also in what are perceived as the most- and least-corrupt countries in the world. But we know that whether you are in Stockholm or Islamabad, the mobile phone is everywhere.

So even though we are in very different countries when it comes to development, institutional capacity, and government services, people are likely to have a mobile phone, and that gives us a great opportunity to reach out to people and include them in financial, health, and education services in a very resources-efficient way.

Mohapatra: Related to that, is it required to think about the needs of the current status of individuals when you’re entering a new and particularly developing market, in terms of what products and services you’re offering, how they are rolled out, or if there are literacy challenges or other needs?

Oldgard: Yes. For example, we recently entered the market in Myanmar, where our aim is to cover 90 percent of the country within five years. To accomplish that is a massive operation, as Myanmar is a country with people living in remote places where there are hardly any roads.

Also, we need to think about digital skills, or digital literacy. In India, we have a goal to develop 500 distribution points into customer education centers where people can come in and receive training on how to use different products and go online.

Another example of that is a project called Sampark, also in India, where a lot of women don’t have the same access to mobile as males do. So we have created a program where males—brothers, fathers, or husbands—are incentivized with credits to encourage the female members of the family to use mobile devices.

Mohapatra: On the topic of women’s access to technology, are there other strategies that Telenor has found that have been particularly successful, either in direct access, or in educating women in how to use their mobile technology to better understand their health?

Oldgard: In both Bangladesh and Thailand, we have implemented maternal health projects where pregnant women can get access to health information.

Also, in Serbia, we have been working with the Minister of Health and UNICEF for a long time on addressing the needs of a marginalized Romani population, whose fatality rate is three times higher than that of the general population. We have also worked to have Romani health media visiting these groups, addressing women in these families, and making appointments, providing government services, making sure that children get enrolled in school, and more.

Mohapatra: Are there other ways in which you engage with communities even beyond your customers?

Oldgard: A good example, I think, is from Myanmar, where we realized that we needed to think of a new model to reach the country’s ethnic groups. There are so many different ethnic groups in Myanmar—135 in total, I believe—and since we have a target to reach 90 percent of the country, we need to include all of them.

We have set up a mechanism where we have State Liaison Officers, or SLOs, who represent these ethnic groups—they speak the local language and go out into communities, talking to people about how our work will affect their communities.

There were 261 stakeholder meetings between August 2014 and March 2015. And I think in that period, we met about 16,000 community members who haven’t always been included in this kind of conversation. We understand that stakeholder engagement is critical, and it’s not just about meetings in nice offices in the capitals—it’s also about going out there and having those dialogues.

Mohapatra: What do you think BSR’s most important contribution to this space may be? And what could we be doing to really help push business toward an inclusive economy?

Oldgard: I mentioned earlier that partnerships are key to us, and I think that BSR can play a role in facilitating those partnerships or dialogues that maintain us as a business.

Also, BSR is creating awareness by bringing forward good examples of inclusive economies—and the understanding that we need to work together to achieve them—and how business can play a role. There’s some skepticism out there, so this should break some of those barriers.

Read more perspectives on Business Leadership for an Inclusive Economy.