Q&A with Céline Bonnaire, Executive Director of the Kering Foundation 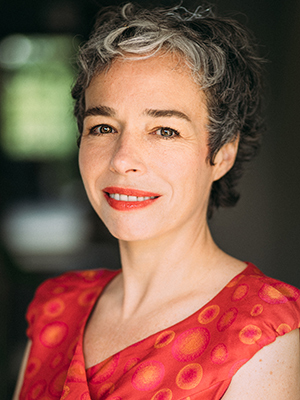 As the world grapples with the impacts of a global pandemic with women on the frontlines, the Generation Equality Forum (GEF) offers a once-in-a-generation opportunity for actors around the globe, including the private sector, to come together to build an ambitious agenda to empower women and girls. BSR, the B Team, and Women Win/Win-Win Strategies are working together to engage the private sector toward making meaningful commitments to promote gender equality at the Forum. We connected with BSR member Kering’s foundation to hear more about its role as a GEF Action Coalition Lead and what motivated it to take part in the Forum.

Generation Equality Forum seeks to establish a roadmap for how to scale up and mobilize action to achieve gender equality within a generation. Why is it important for the private sector to support the Forum?

The Generation Equality Forum, which gathers a diverse set of players from around the world, is the perfect opportunity to mobilize the private sector to support accelerated progress towards gender equality.

We know that the private sector is directly affected by gender inequality, which can have a negative impact on a company’s growth and development. We also know that gender-based violence is a societal issue that impacts the professional sphere. Because of this, we strongly believe that companies have a responsibility to take action.

A One In Three Women network study done in 2019 found that 16 percent of women and 4 percent of men who responded had experienced domestic violence within the last 12 months. Over 50 percent said it had affected their work, while 24 percent needed to take time off. 37 percent of colleagues experiencing violence spoke to someone at work.

It is absolutely key that survivors maintain their jobs and their financial autonomy. Domestic violence is a critical issue that needs to be taken on by the private sector, in order to support its staff and ensure a safe and supportive work environment for all.

A second area of action where the private sector can be impactful is through its expansive reach and influence. It can encourage its network—its own customers, supply chain, partners and more—to join together in order to achieve Sustainable Development Goal 5 and, more specifically, to end gender-based violence.

Why has the Kering Foundation decided to step up as a private sector leader on the Generation Equality Forum Action Coalition focused on gender-based violence?

It was a natural choice. As a Foundation, positioned between the private and nonprofit sectors, we take on a complementary role to governments and civil society. By identifying new initiatives that do not yet have financing from other funders or governments, we can test new approaches, support pilot programs, and then replicate these models throughout a specific country or even internationally. We have also seen how much we can achieve when we join forces with other committed players.

In 2018, the Foundation co-founded One In Three Women, the first European network of companies engaged against gender-based violence, with the FACE Foundation. We now work alongside the other network members—Korian, L’Oréal, Carrefour, BNP Paribas, SNCF, le Fonds de Solidarité OuiCare, Publicis, PwC France and Maghreb, and EPNAK—to share best practices and co-develop tools, including an e-learning course on domestic violence and its impact on the workplace.

Our ambition as a private sector leader in the Action Coalition on Gender-Based Violence is to share our experience and network, scale up our work, and mobilize a broader group of companies, organizations, and countries to join in this combat.

The Kering Foundation has been committed to promoting gender equality and addressing gender-based violence for many years. What drove the Foundation to focus on this topic?

Empowering women has always been deeply embedded in the Kering Group’s priorities.

In 2008, Chairman and CEO of Kering, François-Henri Pinault, founded the Kering Foundation to end violence against women after becoming aware of a staggering statistic: one in three women around the world is or will be a victim of abuse during her lifetime. It is a universal issue regardless of social class, culture, nationality, age.

60 percent of Kering employees and 80 percent of its customers are women. Mr. Pinault wanted the Group to focus on a cause where it could make a real difference. This commitment has developed into a strong strategy with key feminist partnerships at its center. The Foundation focuses on three axes of action: improving support to survivors, developing prevention programs with younger generations to put an end to the intergenerational cycle of violence, and finally, bringing other actors—particularly the corporate world—on board to take collective action, both externally and internally.

Our approach to our partnerships is centered around flexible funding to local nonprofit organizations, who have a deep understanding of the local context and needs.

What do you hope to see from the private sector to support the success of the Gender-based Violence (GBV) Action Coalition and the Forum itself?

The Generation Equality Forum marks the 25th (now 26th) anniversary of the Beijing Declaration and Platform for Action, for women’s rights and empowerment. More than 25 years later, we need to define and develop new actions and approaches to respond to an ever-changing context and new challenges.

This Action Coalition—and the Forum itself—is the opportunity to bring together corporate groups, with different experiences and expertise to make effective and truly transformative change. As part of the GBV Coalition, we are working to develop a well-defined roadmap, accompanying tools, and global indicators. We would like to see the private sector join the Coalition as members and make concrete commitments in order to effectively combat violence against women.

More specifically, the private sector needs to focus on prevention programs to address the root causes of violence: changing harmful gender norms, engaging with men and boys on masculinity, and paying particular attention to the intersection of violence against women and with violence against children, in particular incest. In addition, providing sufficient resources to tackle the challenges of supporting survivors remains essential.

Of course, it is absolutely crucial to concentrate on our own teams as well: by raising awareness and training employees, including senior executives.

We are looking forward to bold, ambitious commitments from this Forum that will lead to a large coalition of diverse players, including many private sector members, all signed on to take concrete steps to putting an end to violence against women.

HERessentials, a tablet-based learning app for workers and managers, started as a response to the COVID-19 crisis, but it has the potential to build digital capabilities for all workers. We share three key recommendations for businesses considering how to set up digital training in supply chains.

Key Ways for Business to Prepare for the Fall of Roe v. Wade

The sweep of the draft ruling on abortion leaked Monday night is staggering and destabilizing for business in America. Here are seven key points for business to consider.

Responsible business is deepening its commitment to empowering women across the value chain. One such example is Fyffes and HERproject expanding the new digital program HERessentials across several Latin American countries.

At the current pace, it will take another generation to achieve gender parity. As we mark International Women's Day 2022, we share three key areas that require urgent action from companies: addressing unpaid work and care, combating gender-based violence, and preparing for future jobs.

Generation Equality Forum: Stepping Up for Women and Girls

The private sector has the responsibility to drive transformative progress for women and girls around the world, and through the Generation Equality Forum in 2021, companies stepped up to take concrete action. This report provides an overview of private-sector commitments, highlighting exciting new investments and remaining gaps in efforts needed to achieve gender equality. A total of 48 private sector actors made commitments and pledged US$17.5 billion.

What If All Garment Workers in Bangladesh Were Financially Included?

There are 4 million garment workers in Bangladesh, more than 58 percent of whom are women. This raises the question, “What if all garment workers became financially included?”

Within Reach: How Digital Wages That Work for Women Can Support Bangladesh’s Economic Future

This report details HERproject's progress towards wage digitization, three plausible alternative futures to what wage digitization may look like in 10 years, and recommendations for action to strengthening digital payment systems that empowers workers.

Accelerating Action on SDG 5 across the Jewelry Industry

As part of Generation Equality, BSR, in partnership with the Responsible Jewellery Council (RJC), have launched a report that sheds light on the current state of corporate efforts to advance gender equality in the jewelry industry. We share four insights from the report.