BSR’s Women in Factories China Program: Moving from Risk to Value in the Supply Chain

“I was a machine operator and became the first female line manager for my factory. The training helped me understand how to manage a team. I have a new sense of my own career development and how to lead my team toward even better performance.” —Xiangli Lu, factory worker and Women in Factories participant

Over the past three years, BSR’s Women in Factories China Program has delivered more than a million hours of training to nearly 90,000 workers in more than 45 factories across seven different industries in China’s manufacturing supply chain—significantly exceeding program goals and helping empower women as agents of sustainable change. 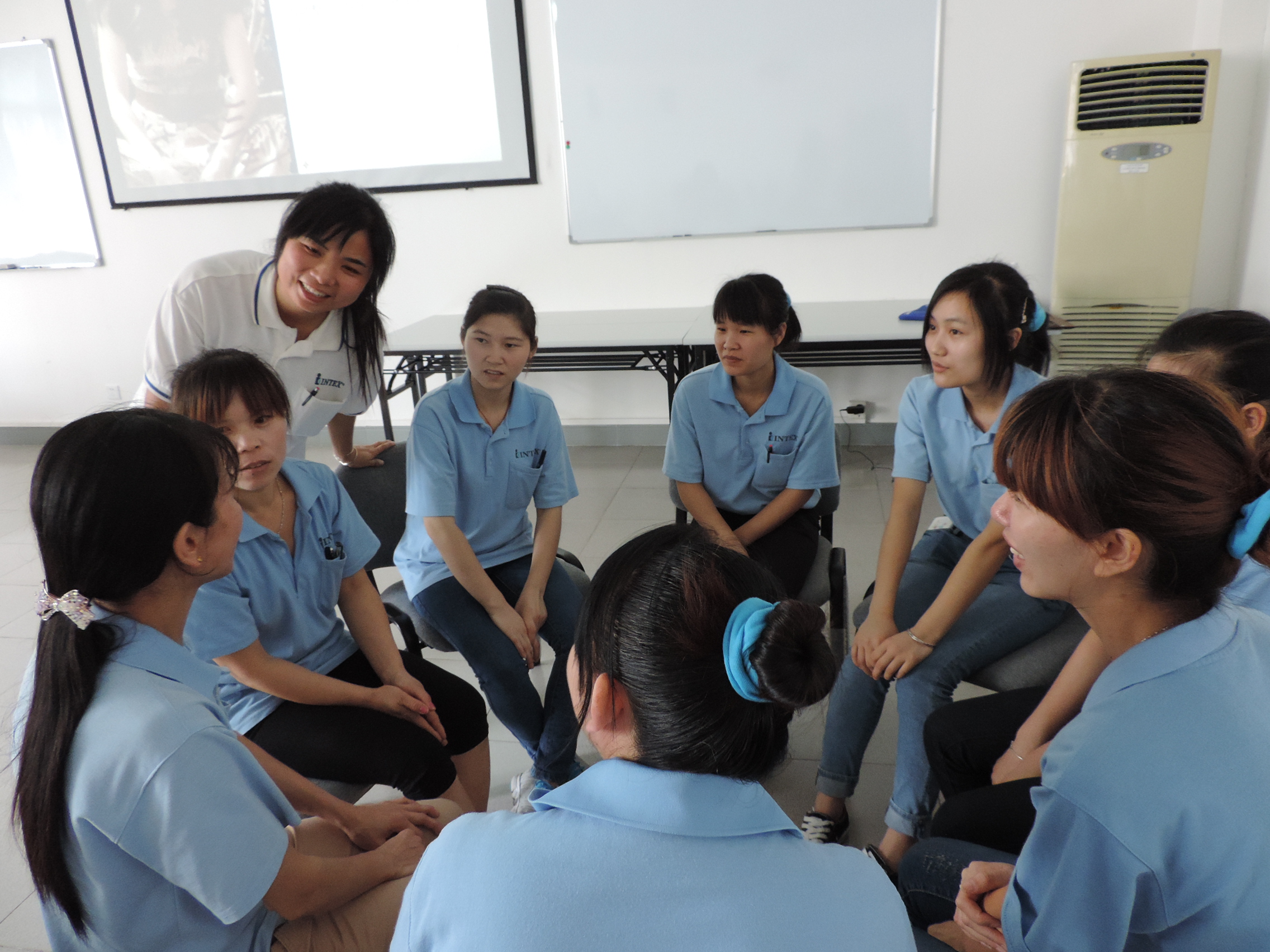 The Women in Factories program—funded by and in partnership with the Walmart Foundation's Women’s Economic Empowerment Initiative—was designed to build the capability of human resources departments to provide work and life skills for workers, while demonstrating the value of investing in women workers who can become the next generation of leaders. Surveys of participants show that the program has given women workers the skills and knowledge they need to change their lives and how they work, creating value for factories and catalyzing change in manufacturing supply chains.

At a recent half-day event in Shenzhen, China, BSR and Walmart highlighted program outcomes and led discussions about how brands and factories can invest in workers to help China become a manufacturing leader as the industry evolves in the future.

How Investing in Workers Benefits Women and Factories

When BSR Asia-Pacific Vice President Jeremy Prepscius opened the event, he described how brands’ perceptions of factory workers is shifting from a focus on identifying and managing risks to finding ways to add value. Previously, many factory managers didn’t understand the value of investing resources in workers and considered these efforts a waste. As the Women in Factories program progressed, however, more factories and companies began to see that investing in people can transform supply chains by building an internal pipeline of women leaders.

The value of this investment was evident in the survey results and personal stories about the program: 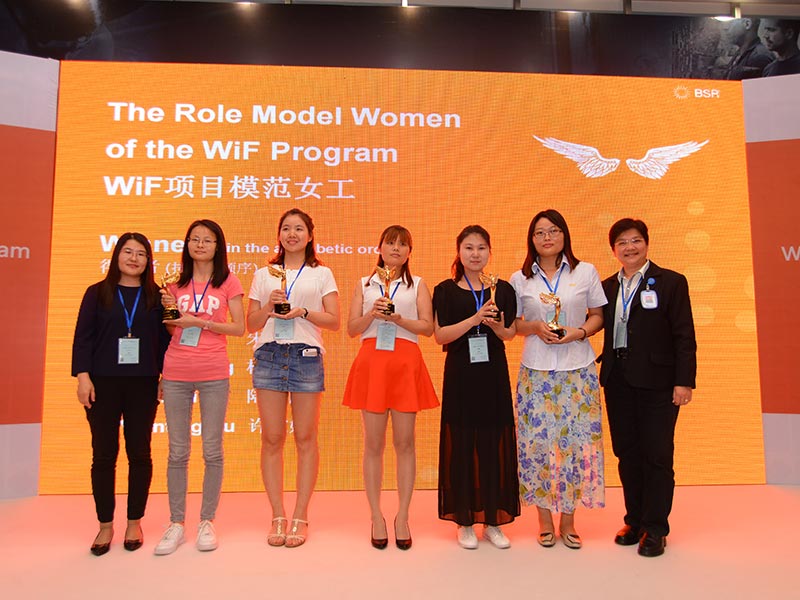 How Training Can Support the Future of Chinese Industry

China’s prevalent production and export business model is becoming a thing of the past. Today, the industry is poised to become more domestically self-sufficient, service-oriented, and competitive. This poses new challenges and opportunities for workers as more and more factories move toward automation.

Panelists noted that while automation has the potential to threaten factory jobs, it also presents a massive opportunity for job creation. Future employers creating “smart factories” will need to teach new skills and nurture confidence because, even as production processes are streamlined, new jobs will require people to program and maintain machines and emerging technology. Yu said that the Women in Factories program has helped give thousands of women workers the confidence to learn new skills and pursue new opportunities in the workplace, which will support the transition for the jobs of the future. 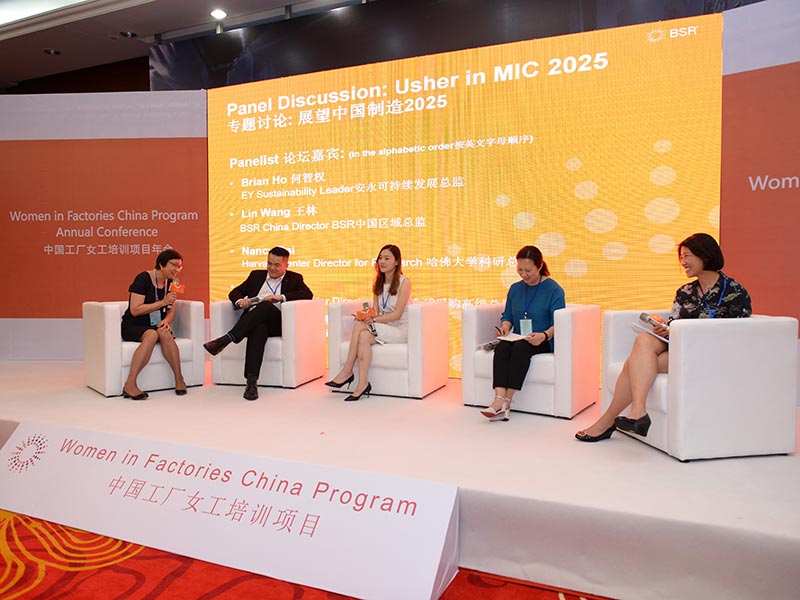 Ultimately, the Women in Factories program will reach beyond just the 90,000 workers in China’s manufacturing sector. That’s because the program has engaged key actors throughout the supply chain, helping them understand that investing in workers is really about investing in the future. As Prespscius said in his closing remarks, factories are now going from asking, “Why should we invest in our workers?” to “Why not?”

A Women in Factories impact report will be published later this year.

What If All Garment Workers in Bangladesh Were Financially Included?

There are 4 million garment workers in Bangladesh, more than 58 percent of whom are women. This raises the question, “What if all garment workers became financially included?” We

The fashion industry is transforming from linear to more circular business models. How can we leverage this transformation to reimagine and rebuild the global fashion system so that it works for all? Through Keeping Workers in the Loop (KWIL), we convened over 45 major fashion industry players—established brands, emerging circular businesses, worker representatives, sustainable fashion experts, and international institutions—to explore this very question.

Within Reach: How Digital Wages That Work for Women Can Support Bangladesh’s Economic Future

This report details HERproject's progress towards wage digitization, three plausible alternative futures to what wage digitization may look like in 10 years, and recommendations for action to strengthening digital payment systems that empowers workers.

Accelerating Action on SDG 5 across the Jewelry Industry

As part of Generation Equality, BSR, in partnership with the Responsible Jewellery Council (RJC), have launched a report that sheds light on the current state of corporate efforts to advance gender equality in the jewelry industry. We share four insights from the report.

The number of children in child labor has increased from 152 to 160 million globally, and COVID-19 is expected to further obstruct efforts to eliminate child labor. Here's how palm oil companies can respect child rights and address this complex issue.

The Urgency of Private-Sector Action on Gender-Based Violence

In partnership with the Sexual Violence Research Institute (SRVI) and global mining company Anglo American, we're sharing insights on how the private sector can prevent and address gender-based violence.

Addressing Forced Labor and other Modern Slavery Risks: A Toolkit for Corporate Suppliers

The Global Business Coalition against Human Trafficking (GBCAT) has released a new toolkit that aims to help businesses that work in corporate supply chains to quickly identify areas of the business which carry the highest risk of modern slavery and develop a plan to identify, prevent, and address risks.